ANGUO, 1 APRIL 2001: sister Francis combs her hair China cut relations with the Vatican in the early fifites and since then, established a Patriotic catholic Church that's controlled by Chinese authorities.
Catholics who refused to give up their ties with the Vatican, started worshipping in underground churches and consequently were persecuted for a long time. Since the late nineties though, relations with the Vatican informally started to improve. Although China still has no diplomatic relations, many representatives from official churches met the pope John Paull II secretely . The Vatican, under the pope’s leadership, has made several efforts to recover the tie with China. In February 2006 , Hong Kong Bishop Joseph Zen was named one of the first 15 new cardinals, which is seen by many as a gesture of goodwill and a significant step towards recovering the Vatican-China relationship. 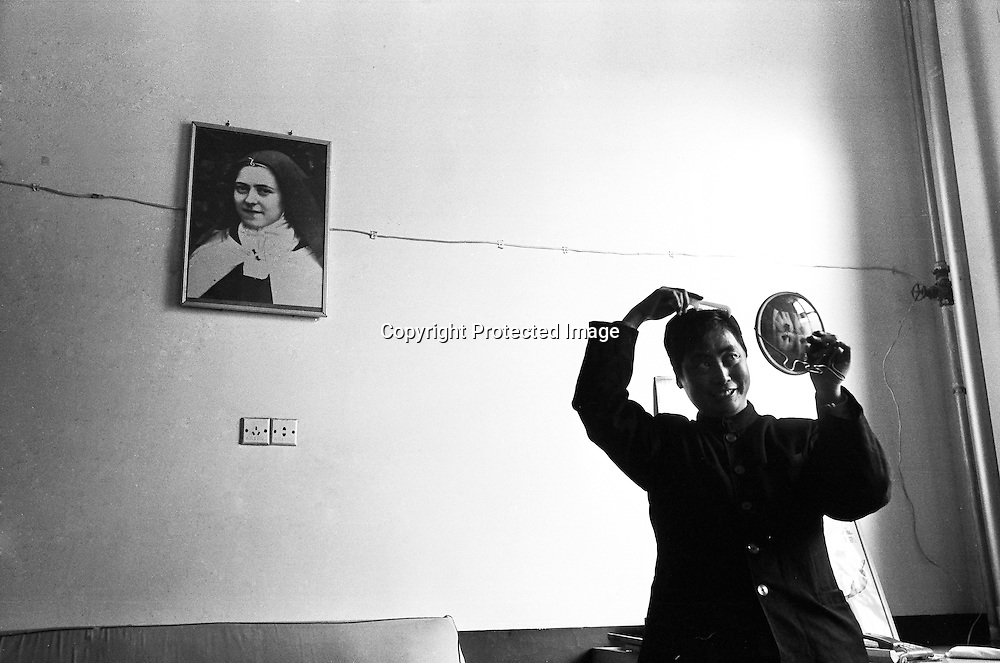